Diego is very happy that his efforts were finally recognized by the network. 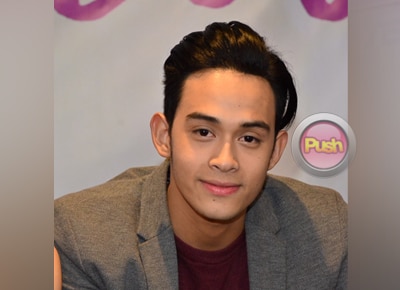 After almost two years, Diego Loyzaga is finally returning to the acting scene through the TV series Pusong Ligaw.

Diego was last seen in the primetime remake of Pangako Sa’Yo, which was headlined by his friends Kathryn Bernardo and Daniel Padilla.

Teresa Loyzaga’s son couldn’t be any happier that he finally landed his first title soap.

The young actor admitted that he felt validated after being given the project.

Many have noticed during the press conference that Diego’s Tagalog speaking skills have also greatly improved. Although there were days when he’s still “bulol” Diego is very happy with his progress learning the language.

Meanwhile, it may be recalled that Diego made headlines in February for his feisty tirades against his father Cesar Montano on social media.

All these things, however, are seemingly behind Diego now thanks to the people who support him.

But he emphasized that “Sofia had my back throughout the whole, whatever it was.”

Pusong Ligaw will be replacing The Greatest Love starting April 24.