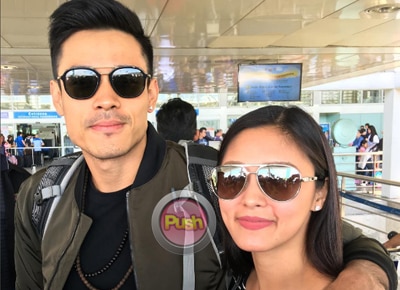 Contrary to speculations, Kim Chiu assured fans that her tandem with Xian Lim known as KimXi is very much alive.

The tandem recently flew to the US with Xian and other Kapamilya stars for a series of Star Magic tours.

Kim, in an interview with Cinema News, assured fans that nothing has changed between her and Xian even though they have separate projects.

“Wala pa eh marami siyang movies ngayon, so ayun,” she said when asked if they are set to have any project together anytime soon.

Meanwhile, speaking of her reunion with Gerald, Kim was quite shocked with the amount of support that they are still receiving from their fans.

The Cebuana star apparently became aware of the online presence of their fans known as the Kimeralds.