Netizens criticize Pietro Boselli for the way he allegedly objectified the Filipino man. 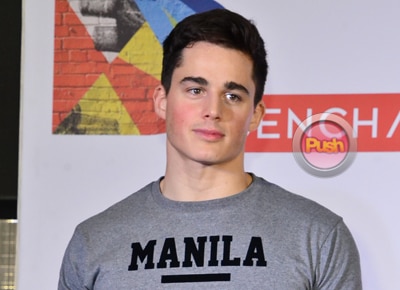 Model and math teacher Pietro Boselli defended himself from comments saying that he is a racist in his video uploaded on April 10 on Facebook.

While the post received many likes and hearts from viewers, there were some that hit him specifically for the way he allegedly objectified the Filipino man in the video.

In the post, Pietro said that he was on an island in the Philippines where he had no means of working out. Looking around for “something I can actually lift repeatedly for exercise,” he then saw a Filipino man from afar and said, “That Filipino man looks ideal. But I need to be very careful, approach slowly because he can get scared and start running.”

Throughout the video, he can be seen running after the guy and lifting him up in the air several times.

In an interview with the international news site The Telegraph, Pietro explained himself, “I am so far removed from racism that I cannot possibly see anything racist about a funny video I have made with my friend Danel (the Filipino man in the video). We all have differences but we are all the same as human beings. I have and always will respect everyone.

“If anyone sees any racism in this video, they probably have racism in their head. I and Danel alike, still think this is a light-hearted and funny video.”