The PBB housemate also opens up about attraction to Yassi Pressman. 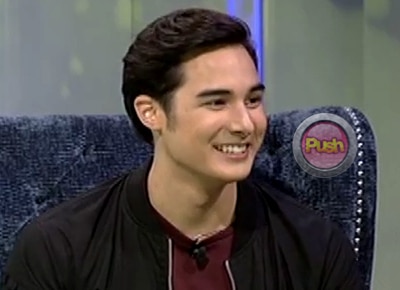 On Tonight with Boy Abunda, Pinoy Big Brother housemate Tanner Mata revealed why he almost left Kuya’s house a week before the Big Night. “In my mind I felt trapped. I miss people outside. I miss family, friends.”

Tanner then admitted disappointment when he did not become the Big Winner. “A little bit. I kind of knew because the teens are very difficult to beat.”

Tanner is also upfront about his attraction to Yassi Pressman. “Attracted to Yassi, yes.”

He explained however that Yassi is a good friend, as well as PBB housemate Cora Waddell.

For Tanner, the sexiest woman in the Philippines is actress Liza Soberano.

In Fast Talk, Tanner answered Boy Abunda’s trademark questions – he chose “lights on” over lights off; “chocolates” over sex and that he prefers “sex in the morning.”