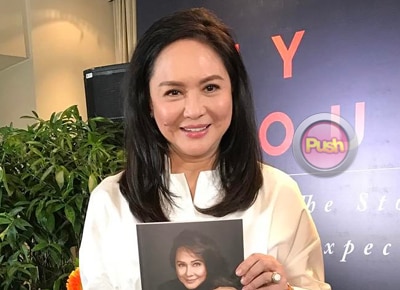 "Parang mayroon. Pero I'm not allowed to say," she said during the press launch of her book My Journey: The Story of an Unexpected Leader on Wednesday, March 29.

Without revealing too much, Charo shared, "Alam mo naman, may mga bagay-bagay, but I'm reading a few scripts."

While she seemed open about doing another big screen project, Charo was quick to decline when asked if she wants her life to be shown on the big screen.

When asked if the movie is going to be with Lav again, Charo reiterated that she's not allowed to say anything.

Published by ABS-CBN Publishing, My Journey: The Story of an Unexpected Leader is now available in selected National Bookstores and Powerbooks outlets.