Kaye Cal opens up about parents’ disapproval of her relationship preferences

Kaye Cal shares that her parents however tolerate her cross-dressing. 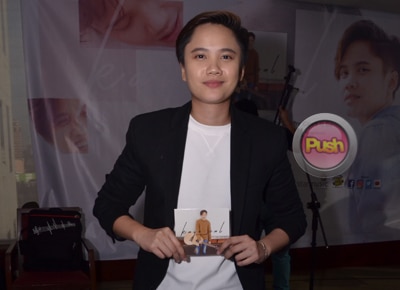 Kaye couldn’t help but gush at how happy she was over finally having her own album. The album has nine tracks composed of three covers, two originals, which she composed, and four bonus tracks.

Her two originals on the album were “Rosas” and “Mahal Ba Ako ng Mahal Ko.” It also contains “Nyebe” the song she interpreted that became part of the Himig Handog P-Pop Love Songs in 2016.

It may be recalled that Cal rose to fame as part of Ezra band, which joined the talent show Pilipinas Got Talent in 2010.

Cal, an outspoken lesbian, however, shared that her parents, particularly her mother, is not supportive of her preference.

Despite this, Cal interestingly shared that she has already had nine same-sex relationships to date.

But is she open to, say, same sex marriage in the future?

Cal, however, quickly admitted that she is open to adopting a child in the future.