Lorna Tolentino shares what she missed most about ABS-CBN: ‘It’s the quality’ 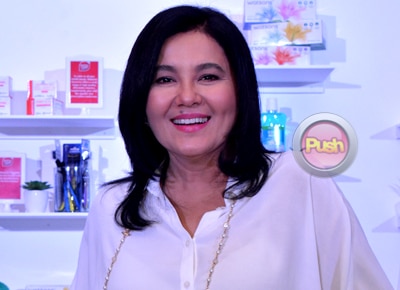 It’s been five years since her last teleserye on ABS-CBN and Lorna Tolentino admitted she could not say no when the new Dreamscape project was offered to her. “Maganda, masaya, happy. Kasi Sir Deo (Edrinal) called nanay Lolit Solis (her manager) and sinabi niya na may project for me and then nung prinesent at pinitch nila yung role, wala na, yun na yun (laughs). Sabi ko, ‘Wow! Parang another challenging role for me,’” she shared during the Watsons Switch and Save presscon held last March 16 in Makati city.