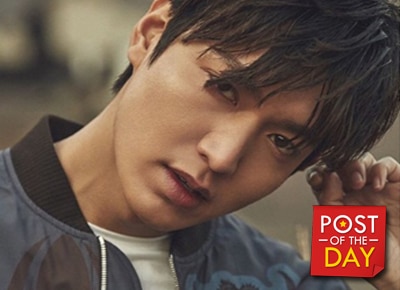 Lee Min Ho is the first male to grace the cover of Cosmopolitan Korea solo as they celebrate their 200th publication.

The actor was interviewed about his role for the hit TV series “Legend of The Blue Sea” where he starred alongside actress Jun Ji Hyun. He also talks about his upcoming debut single album titled “Always.”

“Legend of The Blue Sea” will be shown on ABS-CBN soon.