The actress says she just started seeing a new guy. 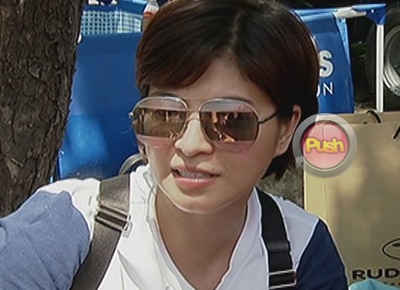 “Okay naman siya, tumitibok-tibok naman,” she said when asked about her heart’s status.

The actress also said that she does not date more than one guy.

After breaking up with actor Luis Manzano, she was romantically linked with Niño Barbers, son of former Senator Robert Barbers. Angel was quick to clarify that they never dated and that they’re just friends.