Playing the role of a father who has been estranged from his son, Piolo Pascual can relate his latest project to his own experiences. 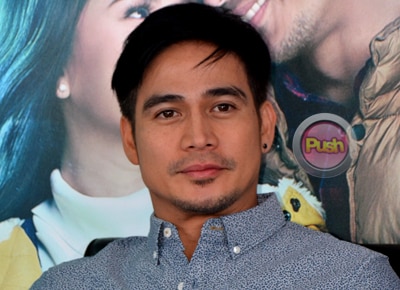 Actor Piolo Pascual admitted he related his character in the upcoming movie, Northern Lights: A Journey To Love to his personal experiences.

Playing the role of a father who has been estranged from his son for a long time, Piolo, in real life, also got separated from his son, actor Inigo Pascual who lived with his mother in the United States.

Recalling the first time he met Inigo, Piolo narrated, “I came from the States. ‘Nung dumating ako, nandito na ‘yung anak ko…Wala ako when he was born so it was hard for me as well because same thing, I had to be in the States because do’n ako nakatira,” adding that he had mixed emotions.

Giving advice to other single dads, Piolo said that one has to learn to be selfless and be able to forgive one’s self. “And realize that hindi lang ikaw ang nangangailangan ng pagmamahal kung hindi pati ‘yung bata so for me, it was important for me to forgive whoever is involved in this situation for me to be able to give that love. Kasi it’s also a choice eh, even if it’s natural for you to be a father or to love that person because he happens to be your offspring.”

He also advised them to always be present in their children’s lives and consider their feelings.