EXCLUSIVE: Edward Barber says nothing has changed between himself and Maymay Entrata

Edward Barber wants to work with his idols, Enrique Gil and Daniel Padilla. 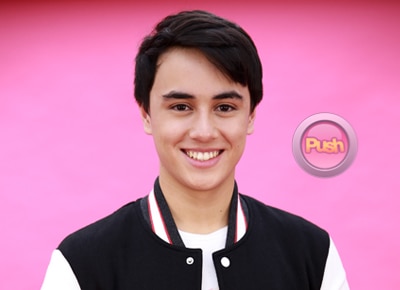 With Pinoy Big Brother Lucky Season 7 fourth big placer Edward Barber previously admitting his attraction for big winner Maymay Entrata, Maymay has addressed the issue, saying that it did not cause any awkwardness between the two of them.

Likewise, Edward said that nothing has changed between them.

Speaking of the other housemates who made it to the Big Four namely, Kisses Delavin and Yong Muhajil, Edward said that he consider them, including Maymay, as the people he trusts the most.

Now that Edward is slowly getting into show business, Edward would love to work on a drama show together with his idols, Enrique Gil and Daniel Padilla.

“I’ve always wanted to be like, parang supporting actor, like the best friend of the main character. For example, if it’s a love story and (he doesn’t want to get with the girl) I want to be the one that’s like, ‘Don’t be a baby, (go).’ Because that’s how I usually am with my friends back home.”

While he does not know what’s next for him after winning the reality show, Edward, who was dubbed as the cheerful charmer from Germany, said that he is staying until August in the Philippines. If his career will turn out well, he would love to extend his stay.