The comedienne was initially diagnosed with placenta previa that may cause her to deliver the baby through caesarian method. 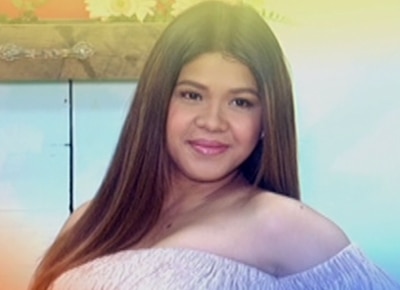 With a few weeks left before she gives birth to her and husband Jason Francisco’s second daughter, Melai Cantiveros shared a sneak peek of her maternity photoshoot on her morning talk show, Magandang Buhay, Monday, March 13. She was with their first-born, Mela.

According to Melai, they do not have a name for their second baby yet as they have a superstitious belief that the baby has to be delivered healthy first before giving his or her a name.

After bearing difficulties early in her pregnancy, Melai also shared the good news that she can now deliver the baby normally, “Kasi wala na do’n ‘ang placenta.” She was initially diagnosed with placenta previa that may cause her to deliver the baby through caesarian method.

Melai says after giving birth, she and Jason plan to move to the latter’s hometown in Mindoro. Sharing that they want to have five kids, Melai said that she will have another baby soon.

Main photo screengrab from the video