Is Eugene Domingo engaged to her Italian film critic boyfriend? 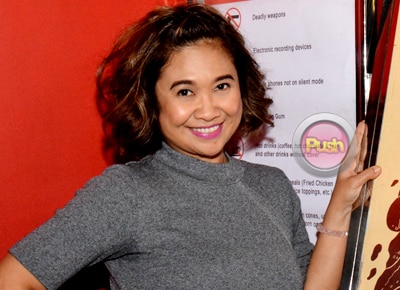 Although her heart is currently happy, Eugene Domingo is in no rush to walk down the aisle.

Aside from her career, the actress’s love life is also in full bloom. The comedienne is currently dating Italian film critic Danilo Bottoni.

“Ay, masaya!” Eugene blurted about how they spent Valentine’s Day.

Eugene described his beaus as “always passionate, romantic, and expressive every day.”

According to the actress, her boyfriend was quite surprised that people in the Philippines “celebrate” Valentine’s Day.

Eugene shared that her Italian beau is set to visit the country this coming April. The actress just brushed off the possibility of him asking her hand in marriage.

The award-winning star emphasized that the society is just used to seeing couple getting engaged or hitched.

Eugene ended, “At wala akong minamadali. I cherish every moment.”