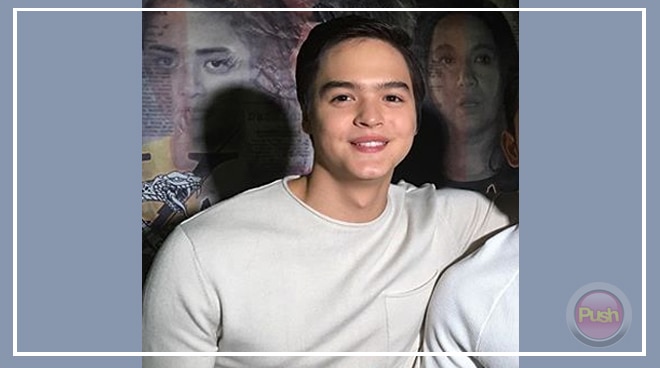 Unlike his previous roles which pegged him as the boy next door, Mark admitted that he enjoys playing a darker role in the Primetime Bida series. “I really like it para may change naman. Para mas malawak yung acting ko. It’s really fun tapos puyatan that’s normal kasi. Mostly masaya kasi I get to meet new people. I get to learn from the veterans,” he shared.

Even though he has already played the lead in different television projects on another network, Mark said he does not have any problem playing a supporting role because he views it all as work. “Of course it’s okay kasi I had humble beginnings before bago ako naging artista. Breadwinner ako, naging factory worker ako, warehouse cleaner, and newspaper boy. For me work is work. It doesn’t matter if you are bida, supporting cast, kontrabida. Ang sa akin kasi the opportunity to work is something for me to get to experience something new,” he explained.