Jugs Jugueta talks about going through a very challenging year. 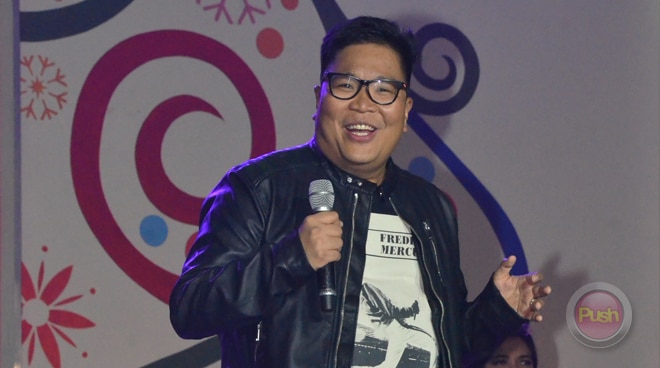 The Itchyworms vocalist also revealed he went through a difficult period after saying goodbye to another parent. “I think I grew up a whole lot after my mom passed away because I had to grow up instantly. My dad passed away two years ago and then my mom passed away this August from old age, several strokes, and a bunch of other stuff. It was a very down year but after she passed away okay naman. Parang you learn to move on, you learn to accept and you learn to hope that she’s in a better place. Because she was sick for one year so pag one year ngayon nakapagpahinga na siya, parang ganun. Hindi na siya suffering,” he shared.

Despite the challenges, Jugs said he never let it get him down because of the support from the people around him and his Showtime family. “No, I never stopped working. First of all, I’m really a happy person. Pinalaki naman akong masaya ng parents ko so I owe them that. Also I needed to go to work to be able to pay for the hospital bills and also yung Showtime family ko they donated money for my mom when she was in the hospital. I was really down before she died. Pero because of my friends and my family okay naman,” he admitted.

Even the recent marriage of his co-host Anne Curtis, Jugs said nothing has changed now that she is in the next stage of her life. “It’s still the same. She’s been together with Erwan I think since the start of Showtime. Hindi naman sila na nun pero parang nagliligawan na sila. So Erwan has been part of that family naman na since day one of Showtime so wala namang pinagbago. Same pa rin siya. Mas balahura nga ngayon eh (laughs) hindi loko lang. Mas masaya naman ngayon,” he said.