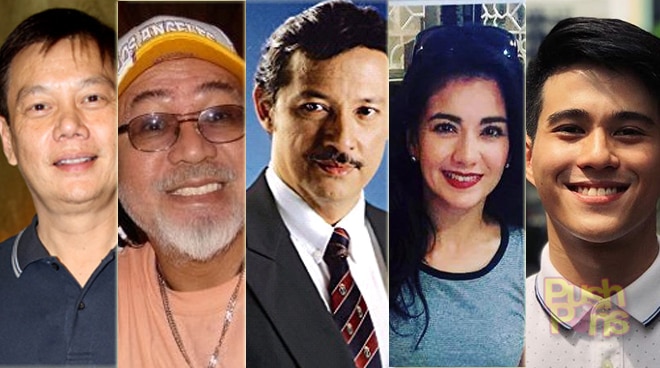 While first time mothers thrived this 2017, the industry also mourned a couple of deaths from among its ranks.

Director-comedian Soxie Topacio also shocked many with his passing after years of battling lung cancer. Direk Soxie is known for his critically-acclaimed movie Ded Na Si Lolo, which became an official Philippine to the Best Foreign Language Film category of the 82nd Academy Awards in 2010.

Award-winning director of the opus Merika and Andrea Paano Ba Ang Maging Isang Ina? Featuring Superstar Nora Aunor and Miss X starring Star for All Seasons Vilma Santos Gil Portes also joined the creator this year. However, the cause of his death remains unknown to the public even until this day.

READ: Gil Portes passes away at 71

Celebrities likewise mourned one pillar of the fashion industry as renowned fashion designer Pepsi Herrera, who happens to be Kim Chiu’s business partner, passed away due to a massive heart attack.

One of the showbiz industry’s formidable personas, Cornelia “Angge” Lee also succumbed to a heart attack a year after battling an earlier heart attack and being comatose.

Veteran actor and Albert Martinez’s father-in-law Romeo “Bobby” Vasquez, meanwhile, passed away in the US. Romeo is best known for his portrayal of Lauro Vizconde in the 1993 film The Vizconde Masssacre.

Known for his feisty commentary and his now-defunct investigative program titled Calvento Files, broadcast journalist Tony Calvento was laid to rest this year at the Heritage Park.

Wildflower star Chinggoy Alonzo bid the show adieu earlier than expected after ending his years of battle and finally succumbing to colon cancer.

One death that totally shocked the industry was the untimely demise of the former That’s Entertainment actress Isabel Granada days after going into a comatose due to aneurysm. The actress who was then in Qatar suffered an attack while on a meet and greet event.

Another untimely death that surprised the public was that of Hashtags member Franco Hernandez. Franco, who was on vacation in Davao Occidental with his non-showbiz girlfriend and co-Hashtags member Tom Doromal, drowned after falling off from the motor boat that they were riding on got hit by a strong wave.