Is Derek Ramsay ready to propose to his girlfriend?

Derek Ramsay reveals whether or not he believes in marriage. 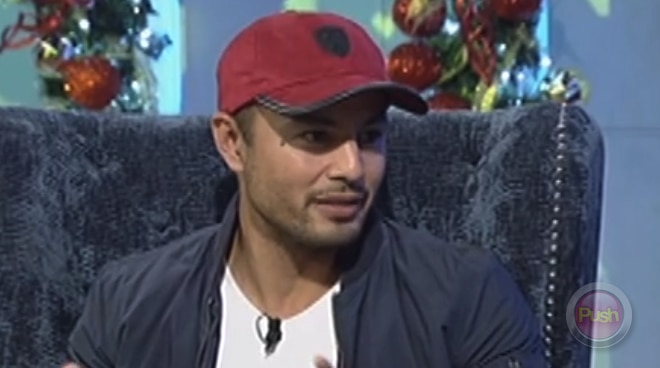 On Tonight with Boy Abunda, Derek Ramsay revealed whether or not he believes in marriage. “Yes I do. I have the best and perfect marriage to follow. My parents have been married for over 40 years so yes there’s a big misunderstanding when it comes to me about, ‘does Derek believe in marriage?’ I just want to be prepared so that my marriage will last like my parents’.”

Asked if his girlfriend Joanne Villablanca and he have talked about getting married, Derek said, “Yes, we’ve dwelled on the topic quite a few times and she’s definitely the type who wants to get married and with that, that’s a priority to me. And I think the whole part of her moving in is steps in that direction.”

Derek also talked about Joanne’s daughter Sophie. “She’s wonderful. I think I love Sophie more. She’s so cute, she’s a little bit mahiyain but once you get to know her and she gets to know you and she’s comfortable, she’s really makulit. And it’s just a joy when I see her and I’m the one who actually asks Jo when is she coming.”

Facing the “mahiwagang salamin,” Derek said whether it is time for the man in the mirror to “propose to Joanne.” “Paayos mo na yung tuhod mo, para makaluhod ka na. Bad knees, I’ve got to get them fixed.”