Kris Aquino irked by netizen bullying Bimby: 'Watch your back'

The host responded to a netizen making fun of Bimby online. 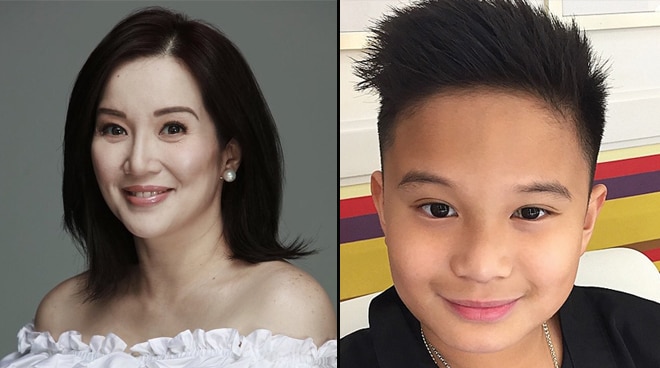 Kris Aquino became furious over a netizen making fun of Bimby in one of her Instagram posts.

Kris then responded, @josephlacearl you seem to not realize Bincai is fluent in Bisaya- so if you intend to disrespect my son- how about trying a foreign language not a [dialect] easily understood by someone w/ me now? Regarding the reaction of Bimbs biological father- he lost that privilege when he declared to the world that he lost interest in exerting effort to be a father to Bimb when he was promoting a bar he was a co investor in."

She also warned the netizens that there would be legal consequences the next time they make fun of her son. To your friends @mehransmom & @junahgrace - to the 3 of you next time you try to bully my son, remember that you are creating an enemy in me. And until he is 18- you are committing child abuse. I have taken a screen shot of your negativity & we keep a file of these types of comments w/ my lawyer Atty Fortun. You must really have a boring life for you to need to get cheap thrills commenting at the expense of a 10 year old. I have said this time & again- attack me you will just get sarcasm at the very most. But bully my son- and watch your back. DI AKO MABAIT. Just ask Bimbs dad, (sic) she posted.