EXCLUSIVE: Jake Cuenca reveals why Lizardo is his favorite role to date

Jake Cuenca details how he came up with his portrayal of Lizardo for ‘Ang Panday’. 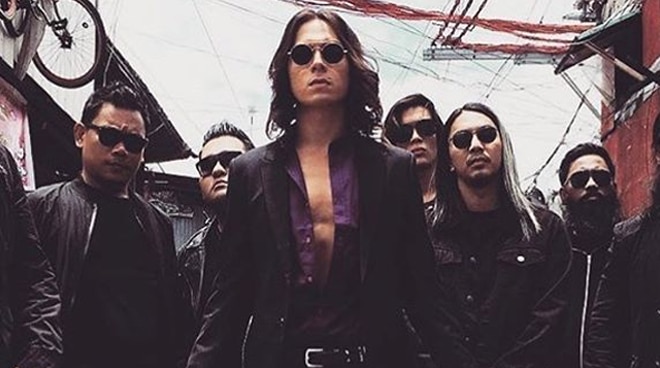 Jake Cuenca is out to scare moviegoers as he brings to life the devious Lizardo in the upcoming Metro Manila Film Festival entry Ang Panday.

Of the many things that he did in the film, the most important one for him was the fact that he was given the chance to really let out his passion.

“They allowed me to play, number one,” he started in an exclusive interview with PUSH.

He added, “And I felt like after mag-aral sa States and doing many teleseryes and movies and everything, parang I felt like this was a culmination of everything that I’ve been through in my life. And it culminated to this role.”

Jake had previously taken up an acting course at the Lee Strasberg Theatre and Film Institute in New York. Locally, Jake was a staple in the rare master classes of Hollywood acting coach Ivana Chubbuck.

How did he create his character?

“Well it all started with a peg. I had a peg in mind, Heath Ledger has always pegged Tom Waits as Joker. So my peg was Jimmy Morrison of The Doors and from there I’ve created the character. That was the aesthetics of what I want to do,” he shared.

The Ikaw Lang Ang Iibigin star has always been very vocal about his admiration of the late Hollywood star Heath Ledger, especially his performance as The Joker.

“Obviously a lot of actors dream of being The Joker like Heath Ledger. But at the same time it’s like a double-edged sword eh,” he said.

According to Jake, “loving” his ultimate movie icon meant being conscious about he performs oncam as Lizardo.

“I had to remind myself every single time that they are shooting me ‘Not to copy the joker!’ So I had to create something, my own original performance,” he said.

“That was maybe the most challenging part, to create that laugh. That laugh, I remember the day before shooting the scene, I remember being up until 4 a.m. and just laughing and laughing and sending it to my friends and asking them ‘Is this scary enough?’ and ‘Is this good enough?’” he said.

Apparently that evil laugh was nowhere in his character’s script.

“When I eventually did the scene, probably like eight times and everyone was just like ‘Oh where did that come from?’ And when I had to dub the thing, that took 20 times to do. But after that part I was very confident already. I knew that laugh, that was Lizardo’s laugh already,” ended.