Director Joyce Bernal reveals what could have been Kris Aquino’s role in ‘Gandarrapiddo! The Revenger Squad’

Director Joyce Bernal confirms that a cameo role was offered to Kris Aquino for the Star Cinema movie. 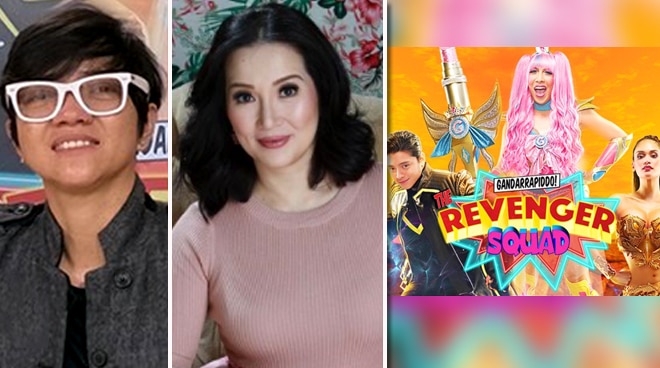 Director Joyce Bernal confirmed that a cameo role was offered to Kris Aquino in the Star Cinema entry Gandarrapiddo! The Revenger Squad for this year’s Metro Manila Film Festival.

Earlier, Kris, in an interview with Pep, said that she declined the offer as she was supposed to be a kontrabida. “I guess I could reveal it, they actually asked me to do a cameo but it was a kontrabida [role] so sabi ko ‘Ayoko kaya maging kontrabida.’ Sabi ko ‘Marami akong brands na magagalit kung magkontrabida ako.’ I would’ve love to do it but sabi ko ‘Bakit ayaw niyo akong maging mabait?’” she was quoted to have said.

READ: Kris Aquino admits she was offered a cameo in “Gandarrapido: The Revenger Squad”

Since a cameo role was mentioned, is there a possibility that the movie will have a sequel?