When is Edward Barber going to appear in “La Luna Sangre”?

Edward Barber shares what he is looking forward to next year. 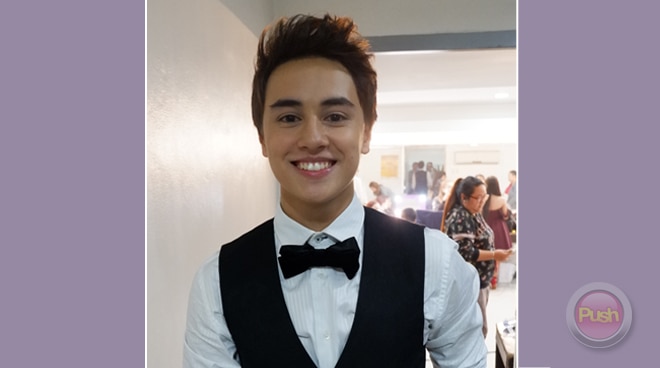 Edward Barber remarked that the challenges he faced this year made him a better artist and a person. “I am thankful for like all the mistakes I made, I am thankful for all the hardship, trials that I had to go through like for example it was my first time a few weeks ago doing two prods on ASAP, for me it was a big deal because it was a dance prod. My point is you learn more from when you are scared, when you made mistakes than you do the times you did perfectly well,” he said in an interview with PUSH.

When asked about what he is looking forward in 2018, he replied, “I guess next year I’m just gonna try to be myself, be same as this year,  just try and improve the craft - the dancing and acting and learning tagalog so I hope by end of next year, by the time I have an event like this I will be speaking to you at least in good quality TagLish.”

The young star also confirmed that he will be appearing in La Luna Sangre. “I’ll be in it very, very soon, sooner than you guys know. I am looking forward to it, I know I am gonna struggle a little bit like I said, before, you learn more from that than anything else,” he said.

Edward was also asked to comment about Kisses Delavin who is being paired with Tony Labrusca. He remarked that he is happy for Kisses and that he is looking forward for Marco Gallo, who was part the other half of KissMarc, to also find a new onscreen partner.

“I am really happy for them because first of all when KissMarc broke up, and I am looking to the day that Marco gets a new love team as well, but I am happy that she’s doing well straight away so all the best to her and I hope the same happens for Marco,” he stated.