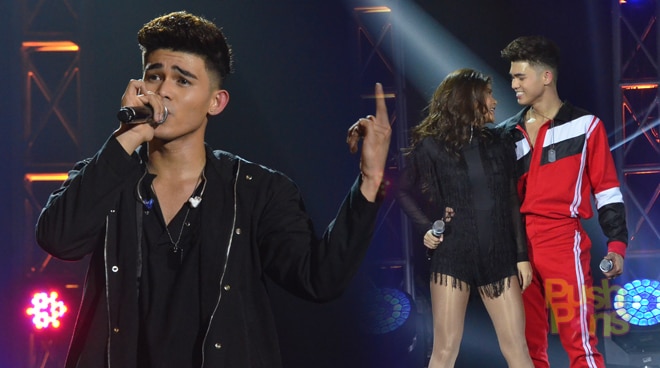 Inigo Pascual ended 2017 with a bang by returning to the concert stage anew for “Dahil Sayo: A Thanksgiving Concert.”

The show came just a few months after he showcased his rocking performances and vocal versatility at his first digital concert. In keeping with his promise of offering more performances than talk, Inigo’s soldout show counts a good number of highlights.

Inigo brought together some of the members of his new ASAP group called the Jambayan namely Kaye Cal, Migz Haleco and Zia Quezon to jam for a few OPM hits and to the late King of Pop Michael Jackson’s hit “Heal the World.”

Like his past concert, Inigo also brought his love for K-Pop to his major concert as he danced to a medley of Korean hits along with other K-Pop lovers Darren Espanto, Krissha Viaje and Riva Quenery.

One of the most applauded moments during the night was Inigo’s mashup performance with one of his mentors, Soul Supreme KZ Tandingan. The two sang Camilla Cabello’s hit “Havana” along with Shakira’s hit “Hips Don’t Lie.”

MarNigo or fans of Inigo and his love team Maris Racal were treated to a number of performances by their idols including the performance of their original songs. Maris sang the song she composed for Inigo during their recent Gandang Gabi Vice appearance titled “Ikaw Lang Sapat Na” while the former debuted his inspirational song “Tiwala.”

Proving that they can do more to the table than the usual oncam kilig, MarNigo showcased their undeniable onstage chemistry through their sultry performance of Santana’s “Maria Maria.” The tandem also showcased their sizzling hotness with their dance sexy dance spot.