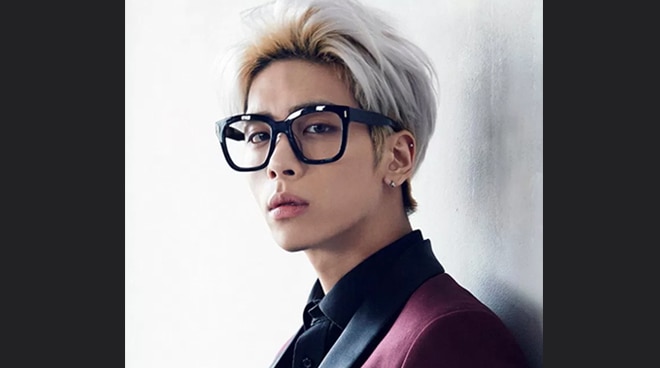 The K-Pop world, including Jonghyun’s fellow artists and fans, are still mourning over the sudden loss of a K-Pop idol who touched the lives of others through his music. And as the story about his death continues to unfold, the 27-year-old singer’s friend Nine9 of K-Pop rock group Dear Cloud shared a letter which apparently Jong-Hyun himself requested to be shared to the public once he’s gone.

"Jonghyun recently started talking to me about dark and deep feelings. I think every single day was hard for him. I was worried, so I let his family know and tried to console him, but I could only delay the time and wasn't able to stop him,” she said.

"Jonghyun asked me to share this letter when he disappears from the world. I had wished this day would never come... After talking with his family, I am posting his will according to his last words,” she continued.

I am broken from the inside.

Depression, which was eating me away, has devoured me in the end, and I could not beat it. I hated myself.
I held on to my broken memories and shouted at myself to pull it together, but there was no answer.

I asked who could take care of me. Only you. I was utterly alone. (Ending one's life) is easier said than done.

I asked why I kept losing memories. I was told it's because of my personality. Right.

So, in the end, it's all my fault. I wanted you to notice, but no one knew. Of course you don't know that I even exist since you never met me. I asked, why do you live? No reason. No reason. Everyone lives for no reason.

If you ask me why I died, I'll say I was tired. I was haunted and agonized. I never learned how to turn endless pain into joy. Pain is just pain.

You told me to find out why I am sick. I know it too well. I am sick because of myself. It's all my fault and it's because I am worthless.

Doctor, is this what you wanted to hear? No. I did nothing wrong. I thought it was easy to be a doctor when you blamed my personality with that sweet voice of yours.

There is no one alive who is more troubled and weaker than I am. But you told me to keep on living. I asked hundreds of times why, and it wasn't for me. It was for you. I wanted to live for me. Please stop saying stupidities.

Are you sure you weren't half-listening? What you can overcome doesn't leave a scar. I was not fit to face the world. I wasn't meant to be known to the world. That's why I was troubled. Because I faced the world and was known.

Why did I choose this way. It's funny. It's hard to believe that I've held out until now. What more can you say. Just tell me I did a good job. That I've done well enough. Tell me I worked hard. You might not be able to smile, but don't blame me when you send me away.