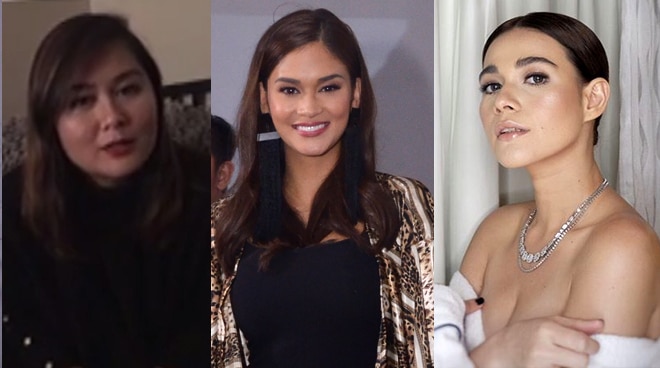 Pia Wurtzbach received surprise messages from former co-stars Bea Alonzo and Angelene Aguilar on her guesting at Magandang Buhay on December 19. The three starred in K2BU, a teen-oriented series of ABSCBN back in 2002

Bea shared that Pia was actually boyish when they were young but she is now so proud of her for winning Miss Universe and for all of her achievements.

Angelene, who is now based in the US, also sent a pre-recorded video message to Pia. She recalled her fondest memory of her when they did ASAP in Boracay and Pia's sense of humor during their K2BU days.