Kris Aquino explains why Herbert Bautista is her favorite ex-boyfriend 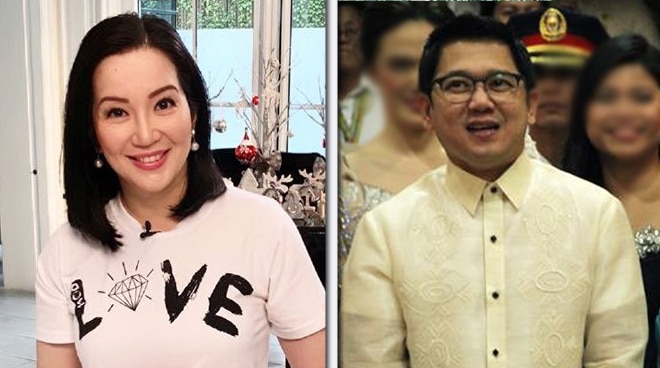 Kris Aquino shocked netizens with one of her webisodes wherein she revealed that her favorite ex is the man who signs her business permits in Quezon City, pertaining to Quezon City mayor Herbert “Bistek” Bautista.

In a separate post, she wrote a “straight from the heart” open letter explaining why Herbert is her favorite. She started off by sharing the intention of her letter and by stating that she isn’t on good terms with the fathers of her two sons.

“In Josh’s case, I’m grateful that he (Philip Salvador) let us be. He saw that Josh was embraced with love and a very strong support system, and he chose to keep a respectful distance,” she wrote.

“Regarding Bimb’s Dad (James Yap), I’m wise enough now to know that anything I upload, Bimb will have access to–if not now, it will always be there for future reference so I choose to not give my bunso unnecessary ‘stress’ and I shall end it with that,” she added.

Kris said she has moved on from Herbert but they remained friends because of his efforts.

“No–I’m not hung up on him anymore. We’ve made our PEACE. And that happened because of his maturity, not mine. The most remarkable thing is–we really are FRIENDS. We have honest & open conversations, we can vent to each other when one feels burdened with stress, and we just accept each other for all we are, and all we aren’t...

“I owe him this rare blog post, as open as I’ve been with my life, at 46 I’ve actually learned the prudence of silence... but when it was no longer beneficial nor convenient (especially because he is an elected official) for him to maintain ties with me and my family, he pleasantly surprised me by proving everybody wrong about his intentions. When it was perfectly understandable to keep a distance, he’s been there. So this is a much deserved shoutout of genuine praise,” she wrote.

She also promised that in the coming 2019 election, “He not only has my vote BUT he has my promise to campaign for him if it will be helpful, or to totally disappear if it will be a burden.”

Kris revealed she had a short-lived romance with the Quezon City mayor in 2014.