Mariel De Leon on Rachel Peters: ‘She’s my friend and I wouldn’t throw shade at her in any way’ 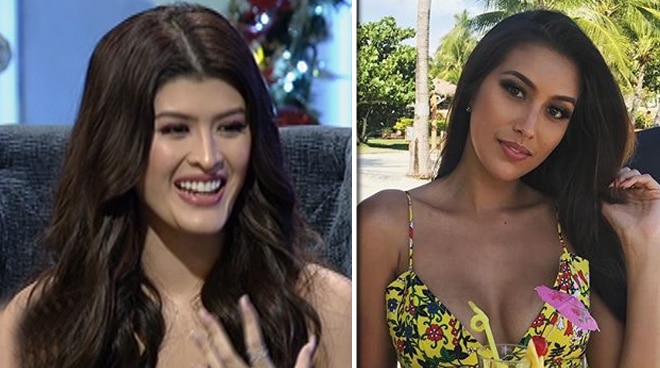 On Tonight with Boy Abunda, Mariel De Leon explained why she voiced her disagreement with the appointment of Mocha Uson as Assistant Secretary of the Presidential Communications Operations Office. Mariel said, “Well, at that time I posted it I didn't think much about it. It’s more of… I had a conversation with my friends about it and when I posted it I didn't think it would have much of an impact.”

“Where I was coming from, I was just being myself, honestly. I just wanted to voice my opinion, which I think I have the right to do. I think everyone has the right to do that. I just thought I’m a normal girl.”

Mariel also said she hasn’t yet met Mocha. Asked if she would be open to a chat with Mocha, Mariel said, “Not really. I’m not totally pushing away myself from politics. It’s more I’m focusing on myself more and the things I can do with my life.”

Mariel also explained her tweets during the Miss Universe 2017 pageant and she clarified those tweets weren’t a commentary on Rachel Peters’s performance. “That one I was very confused because I was just tweeting my thoughts during the whole pageant. And I don't know how they connected me throwing shade at Rachel. Because in the first place she’s my friend and I wouldn’t throw shade at her in any way. I was just talking about Miss Universe organization itself and about the other girls also because at the end of the day just because we’re from the Philippines and my friend is Rachel doesn't mean we should put down other girls.”