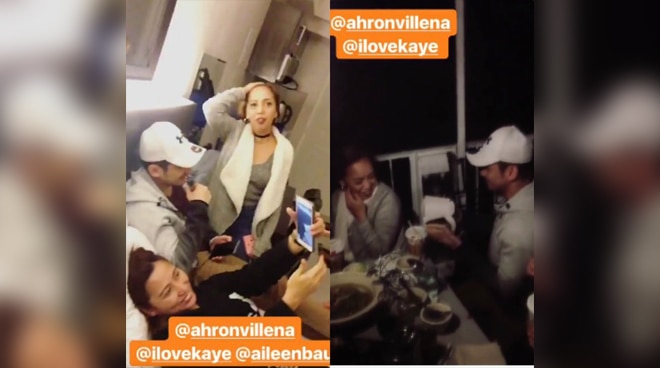 It seems that all is well now between Kakai Bautista and Ahron Villena. The two stars were spotted hanging out in Tagaytay together with their other celebrity friends.

In the Facebook video of DJ Jhai Ho, Kakai and Ahron were all smiles as they bonded. They were also seen cracking jokes at each other in another video uploaded on Facebook.

The two stars were embroiled in a controversy after they have exchanged tirades on social media about their alleged relationship. Kakai admitted in her Gandang Gabi Vice guest appearance recently that she fell in love with Ahron but their friendship did not blossom into anything romantic.