Will Matteo Guidicelli give up acting to focus on singing?

Matteo Guidicelli hopes to focus more on music in 2018. 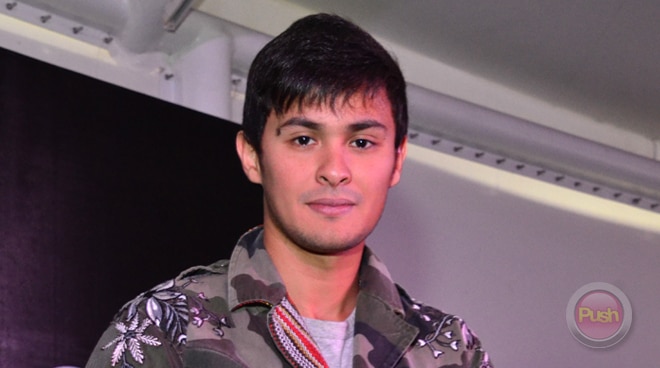 Matteo Guidicelli is hell bent on juggling his acting, sporting, and singing careers, despite comments that he should only pick one.

“I’m just lucky that I have a good group behind me that I can do more than one thing at the same time,” he said of singing during his Hey Matteo concert’s grand press conference on Tuesday, November 7.

With only a few more weeks before the show, The Ghost Bride star admitted that he is still quite anxious about his much-awaited third major solo concert

Does he feel more confident onstage after that?

“No, it’s always a nerve-wracking thing. My confidence is coming from the band, the boys, us. What gets me relaxed are the boys, Sir Louie [Ocampo],” shared Matteo.

Although he’s anxious about the show, Matteo said, “I want to focus on the performance and the repertoire.”

Despite himself, Matteo admitted that he initially didn’t want a bigger venue for his show.

Are there any other things that he hopes to dabble into in the future?

“That’s it, I really want to focus on these things. I think I found the love in music, especially music with the band. It’s not just about me, it’s about us,” he explained.

“I really want to focus and do it even more next year. Kumbaga i-tour namin sa school tours tapos sa mga bar tours,” he added.

Matteo will be joined onstage during Hey Matteo by Kiana Valenciano, Morissette Amon, and rapper Loonie.

Aside from staging his concert, Matteo is also set to release his eponymously titled second album during the show on November 30.

According to him, the 10-track album “is inspired by the truth.”

Among the songs on the album are “Hey,” which speaks of a guy who’s winning the heart of his love’s parents. Then, there’s also “Huwag Ka Nang Umuwi,” which somehow begs his beloved to stay a little longer to be able to spend more time with him.

Catch Hey Matteo on November 30 at the Kia Theater.