LOOK: Christian Bautista gets engaged to his non-showbiz girlfriend

Check out their engagement ring. 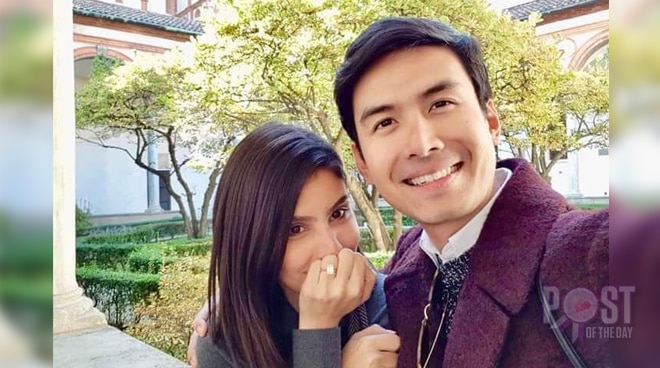 Christian happily shared that "she said yes" presumably on October 30 in Venice, Italy.

As both kept the relationship low-profile, a 2014 feature from Inquirer revealed that Kat, who works for a telecommunications company, finished a Bachelor's degree in marketing and communications.

According to reports, Christian and Kat met in 2015 and revealed the relationship in 2016.

Here are more photos of the newly-engaged couple from Christian's Instagram page.

Enjoying this stage called life with you @katramnani ❤