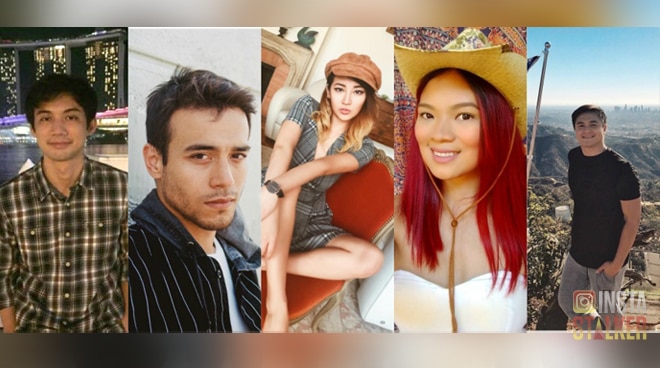 Mikee joined the first season of Pinoy Big Brother: Teen Edition. He was the runner-up of the said season, next to Big Winner Kim Chiu. Today, Mikee is now living in Singapore. He is now working as a strategy and planning professional for a company in “The Lion City”.

She joined Pinoy Big Brother: Teen Edition Plus in 2008. Prior to becoming a teen housemate, Priscilla was a teen beauty queen in Davao. Today, Priscilla is now living in the Oregon, United States and now has a family.

Hiked for the first time at this iconic peak in #LosAngeles Amazing view! 😍#HollywoodSign

He was part of Pinoy Big Brother: Teen Edition 4 and starred in ABS-CBN shows. Keith is now based in Los Angeles, California where he works as a model.

Broken Clocks. Probably the most recent photo of me. It's been two years since I left the Philippines to learn my craft. If you ask me how's it been, I'll tell you "It hasn't been easy, but it's all worth it. " Shot on film by @lottalemetti . #shotonfilm #filmphotography #filmphoto #losangeles #laactor #actorslife #actor #losangelesactor #kitthompson #makekitthompson #model #modelslife #lamodels #losangelesmodel #picoftheday #photooftheday #kitthompson #supreme

5. Ann Li
Ann joined Pinoy Big Brother: Teen Clash 2010. The former Filipino-Taiwanese housemate is now based in Taiwan and is a successful blogger and entrepreneur.