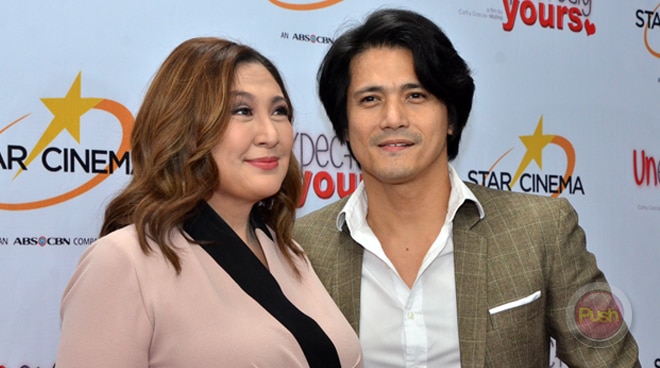 Apart from their fans, Robin Padilla is also very happy that he and former onscreen partner Sharon Cuneta are working together again after 16 years.

ShaBin, as the tandem is now called, are top billing the upcoming film Unexpectedly Yours, along with love team Joshua Garcia and Julia Barretto.

During the grand press conference of their movie, Robin unabashedly confessed that he remains a fan of his former flame.

The former tandem last worked with each other during the 2001 film Pagdating ng Panahon.

The Bad Boy of the Philippine Cinema, much to Sharon’s surprise, revealed during the presscon a special scene that their fans can look forward to.