Host Luis Manzano confirmed that he is no longer going to be a part of the upcoming Pilipinas Got Talent season in a tweet last November 24. 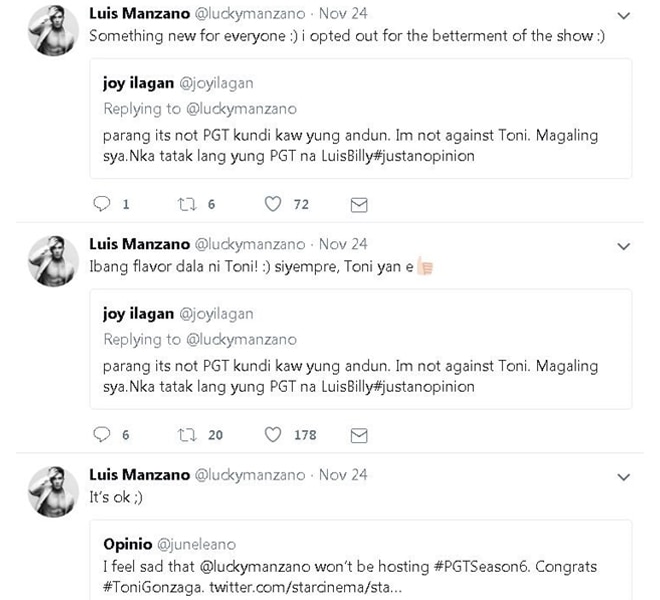 “Something new for everyone. I opted out for the betterment of the show,” he explained why.

Angel, who is Luis’ ex-girlfriend, earlier posted a group photo of the judges and the hosts.