Fernando Ortigas shares why JM De Guzman will always have their support. 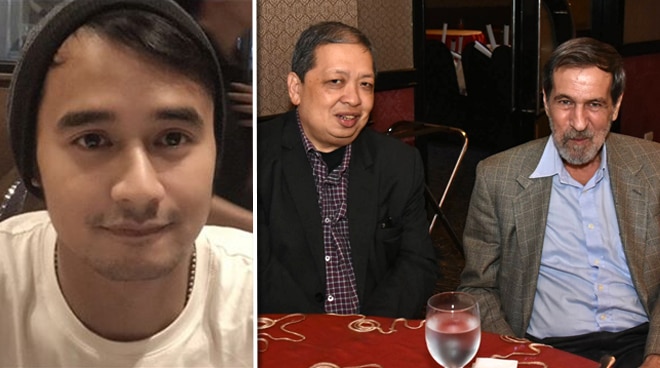 As one of the founders of TBA Film studios, Fernando Ortigas admitted he is happy to see actor JM de Guzman back in good health and ready to work in front of the cameras again. JM recently posted a photo on Instagram thanking Ortigas and his co-founder Eduardo Rocha for giving him a movie offer. “Well he dropped by the TBA studio last week and he just wanted to thank us for believing in him. And then so we asked him how he’s feeling and he seems to be doing okay. He’s looking forward to getting back and making movies. I know there’s several projects which want to use him,” Ortigas shared during the Smaller and Smaller Circles movie presscon held last November 23 in Quezon City.

Ortigas said they were impressed with JM when he first worked with TBA Films back in 2015. “The first time I met him was in Tandem movie that we made several years ago. And he was the sweetest guy working on the set. Life goes on and you get into situations and things. But since he’s come out he just looks radiant. You have to admit he’s really handsome (laughs). I knew ever since we worked with him we like him to come back and work (with us). From the first time we said yes, [if] we can find any project that will fit him, let’s put him in. And we’re more than happy to find him a project,” he said.

Although there are no specific details yet regarding what will be JM’s next project, Ortigas said they do not want JM to rush into anything without proper preparations. “I know we got several projects. I think he’s free from any contracts. So we said, ’It’s really up to you what you want to do. We’re going to be supportive. I think he wants to pace himself. He’s just preparing himself. I know it’s next year where he’ll really start going out and then start making movies,” he shared.

With another TBA Films project finally hitting the theaters this starting December 6, Ortigas said he and his team are proud of the crime thriller Smaller and Smaller Circles. “Finally it’s been a long time and we’ve been waiting just seeing where we’re going to put it. But I’m happy with the project. I think Ria Limjap and Raya Martin really did a great job. And hopefully the students will go and like it,” he said.