Ruffa also shared why she doesn’t mind having cameras follow her around for their reality show. 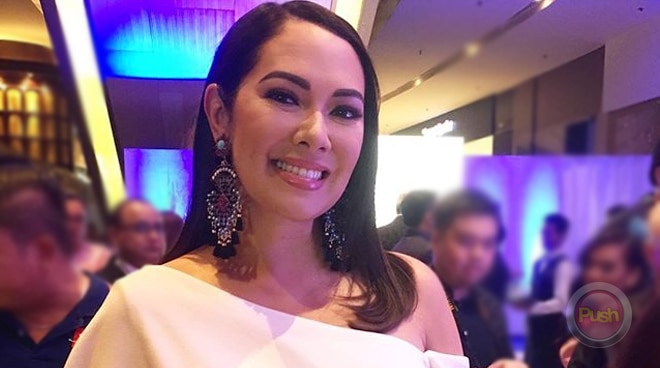 After concluding her reality show’s most recent season, Ruffa Gutierrez admits she is already preparing for another exciting project for her fans. “We just finished the fifth season of It Takes Gutz to be a Gutierrez but I’m coming up with something big next year and I’m sure everyone’s going to love it because it’s something very girly,” she shared during the Polaris Treasure Trove press launch held last November 17 in Ortigas.

Even though the show’s recent season focused on her brother Richard and his relationship with Sarah Lahbati, Ruffa said she doesn’t mind not having the spotlight on her. “Most of the seasons kasi iba-iba ang kuwento. So last season was Sarah and Richard because Sarah’s pregnant now and si Chard proposed to her. So kumbaga sila yung focus ng story. Ako naman yung love life ko very tahimik, thank God, kasi for a while talagang very tumultous ang aking love life. So now that it’s quiet I appreciate that. So hopefully next season ako naman pero hindi tungkol sa love life,” she said.

Sarah’s pregnancy has also made the Gutierrez family excited for the new member of the family according to Ruffa. “Well I think Chard and Sarah starting to go on their own and get a place of their own, so now that she’s pregnant nag-fo-focus siya ngayon sa kanyang baby. Pero excited kaming lahat kasi napaka-cute ni Zion so we’re excited to see the next baby boy,” she admitted.

Although the show has shown all aspects of their family life, Ruffa shared that her foreigner boyfriend will not be making an appearance again on the show anymore. “No ayaw niya. He was in probably season two for a while pero after that ayaw na niya,” she stated.

Having grown up in showbiz, Ruffa admitted she and her family are not bothered with cameras following them around. “Sanay na kami. Parang my life is an open book. So as long as they’re not in my bedroom or bathroom okay lang. Now Lorin is 14 and Venice is 13 so they are dalagindings and they’re focusing on their studies although may mga offers na rin sa kanila to do commercials or to do movies. But I’m just so happy na ang talagang gusto nila i-prioritize ang kanilang pag-aaral. So para sa kin importante yun kasi as a single working mom napakalaki ng hirap na ginagawa ko rin for them para lang makatapos. After that, kung gusto nila mag-showbusiness hindi ko naman sila pipigilan,” she explained.