EXCLUSIVE: Roxanne Barcelo shares why ‘Wildflower’ has ‘the best production ever’

Roxanne Barcelo says she is still going to be producing movies in the future after ‘I Found My Heart in Santa Fe’. 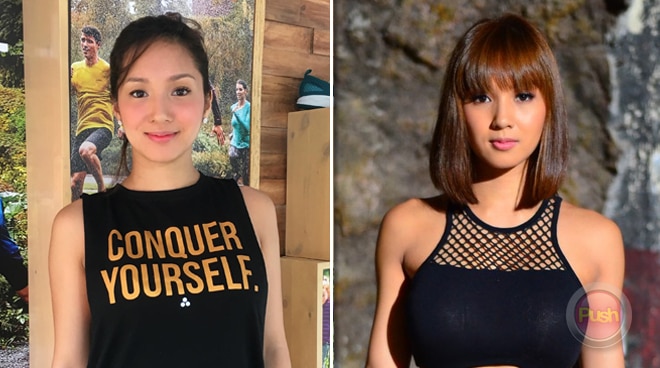 After starring the movie I Left My Heart in Santa Fe with her boyfriend Will Devaughn earlier this year, Roxanne Barcelo said it was a totally different experience because she was also producing the project. “Siguro isa sa mga natutunan namin as producers, it’s not just about earning sa pelikula itself but like in this collaboration with Blue Art Productions, we were able to create opportunities for the people of Santa Fe and for the town mismo. So it’s not just about earning from the film but creating a greater impact in the town,” she told PUSH during the Merrell footwear Nature’s Gym launch held in Pasig city.

Roxanne admitted that she initially wanted to an action film to be her first production venture. “The original plan kasi was a different movie. In 2016 we were already talking about an action film na we wanted to co-produce with Blue Art Productions and then this came along so nauna na lang ito but we’re still planning for another one because it’s a huge project,” she explained.

As part of the afternoon soap Wildflower, Roxanne said she could not ask for a better comeback project at the Kapamilya network. “Blessing talaga yun for the team and we’re all so happy. It’s the best production ever kasi lahat magkakaibigan. Kahit alam ko na puyat na lahat good vibes pa rin. Nakakaaliw din kasi ang tagal ko ng walang love team so parang tina-try lang nila and medyo kinakagat naman siya kasi it’s reminds me of the 50 Shades of Grey, parang ganun yung tandem ni Jepoy and Natalie. It’s very pigil. They give all of us chances to shine naman sa mga eksena namin and I’m very grateful to direk Ruel Bayani, and to all our directors of Wildflower,” she explained.

When asked if rumors are true that Wildflower will be extending past its original run, Roxanne said it looks like it’s already happening. “Ang chika daw parang it was supposed to be until October eh nag-October na, parang nag dami pa nilang iniisip so ang chika hanggang January and then naiba na naman as of birthday ni Maja (Slavador) so good vibes lahat. Sobrang bongga talaga kasi yung nangyayari. Almost everyday taping na and they’re really putting all their minds together. Nag-la-lock in na talaga yung mga writers namin and everyone’s so into it. It’s an energy that I’m looking forward to every time I work with them,” she shared.