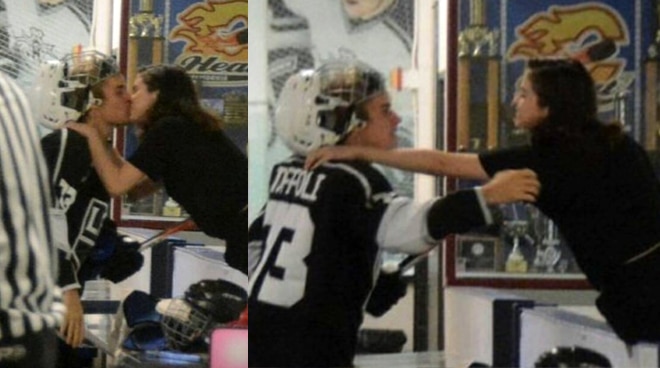 If Justin Bieber and Selena Gomez's latest photo together won't confirm their rekindled romance, we don't know what else will.

While fans are speculating that Justin and Selena might have indeed decided to get back together, it is only now that two showed off a major public display of affection since they allegedly began seeing each other again.

Apparently, the two were caught sharing a kiss while Selena was cheering for JB during one of the latter's hockey games. Obviously, Selena can't keep her hands to herself, and Jelena fans love it!