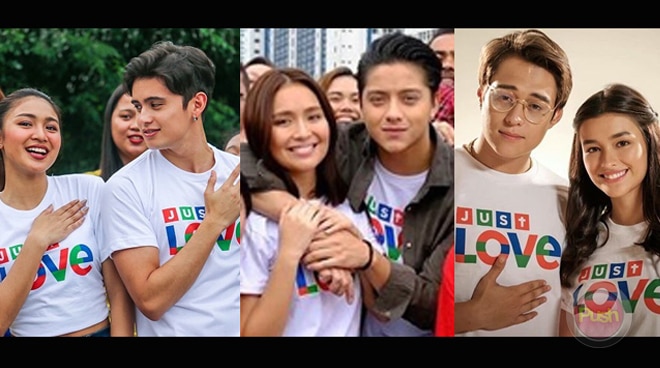 As part of an annual tradition, ABS-CBN released its 2017 Christmas station ID on Monday evening, November 13.

Bearing the title "Just Love Ngayong Pasko," this year's theme revolved around true stories of love and the importance of loving. It featured videos of 'Good Samaritans' sent by netizens, as well as soldiers and charities done by celebrities.

The spotlight was also given to young artists like Xia Vigor, Elha Nympha, and The Voice teens and kids.

Of course, ABS-CBN's big stars and news and current affairs team did not fail to make an appearance on the music video.

But what people really looked forward to were the first-timers such as Richard Gutierrez (who was with Angel Locsin), Aljur Abrenica, Maymay Entrata, Edward Barber, Bianca King, Alessandra de Rossi, Empoy Marquez and Pia Wurtzbach.