Krystal Brimner admits she loves acting on stage and in front of the camera. 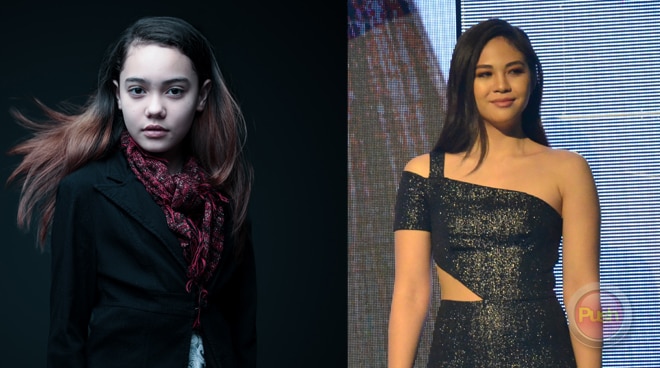 After starring in last year’s grand musical Annie, child actress Krystal Brimner went on to perform in The Sound of Music earlier this year before auditioning for the role of Grace Smyth in A Christmas Carol which opens this December. “I said I wanted to audition since it wasn’t in conflict with Sound of Music. They liked how I sang and they said they want me for the show. This is my first time to work with 9 Works Theatrical so this is really a pleasure to work with them,” she told PUSH.

As she turns 11 years old next month, Krystal said she has gone through a recent growth spurt which she is happy about. She also admitted she is getting more confident with each production she joins. “I think it’s just because of my vitamins (laughs). I just take Cherifer and it really makes me tall. In the presscon I was still a bit nervous even though I’ve done presscons before. It is still nerve-wracking but I’m kind of used to it now that I’ve done it for a while and I have more experience. but it’s always good to learn more from 9 Works so I’m so excited to work with them,” she shared.

Being part of A Christmas Carol means she will also be performing on Christmas Day which she is also happy with. “It’s not a big sacrifice because we’re like going to be like a family. So it’s like spending time with my family here and this is my first time in 9 Works and I’m going to have so much fun. So basically Christmas day is going to be an important day but we’re going to do it just like a normal day,” she added.

Even though she has been focusing on theater, the 2015 MMFF Best Child actor winner (for Honor Thy Father as John Lloyd Cruz’s daughter) said she is excited to return to the big screen again next year. “Actually it’s still a secret but I’m doing a movie right now. I’m with Hashtags’ Jameson Blake and ate Janella Salvador. It started shooting already so I’m so excited. I also just auditioned for a commercial for a telecom. Yesterday was the final casting I’m so nervous I don’t know if I’m going to get it,” she shared.