The actress hits back at bashers who are making a fuss about her attendance at Anne Curtis and Erwan Heussaff’s wedding in New Zealand. 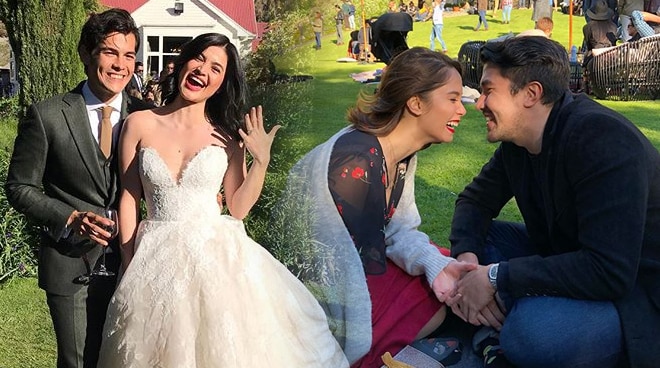 Jessy Mendiola defended herself from bashers who have been questioning why she attended Anne Curtis and Erwan Heussaff's wedding in New Zealand. The actress urged her critics to stop making issues and instead, just be happy for the newlyweds.

She also responded to a netizen with the Instagram handle @_maanster who posted a comment addressed to Luis Manzano saying, "If you love her that much then marry her, maybe then you can save her from all the bashing. If she's the one for you then what are you waiting for? Right age naman na and it's not like Jessy has to put any career on hold if you do settle down.

Jessy responded to @_maanster stressing that marriage is not something you do to please people. She also clapped back at the netizen after she was told that she doesn't have a career.

"@_maanster I may not have a superstar status but i do have dreams on my own. Who are you to say that I dont have a career on my own? I am working on it, after all.. im only 24. Marriage is not something you just do for the sake of pleasing other people, not to save anyone from bashing. Its a special union that binds two people in love. Everything happens at the right time and with the right reasons. Maybe you need to get your values checked," Jessy posted.