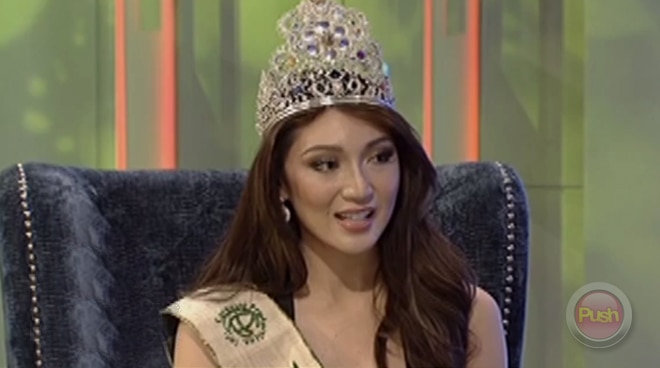 Karen then reiterated what she did to have answered so well in the Q and A portion of the pageant. “I prepared for it. And those people who are really trying to say that she’s not deserving and they didn't even watch the pageant, maybe they would want to watch it again. Because the contest is fair. That’s what I really want to say.”

Instead of being given a free pass, Karen said she worked even harder to get the title. “Especially when I joined Miss Philippines Earth and Miss Earth, I knew it was not going be easy because it’s here in the Philippines I had to give double, even triple the effort just to prove to people that I was also paralleling with other co- candidates, the same that they are doing.”

Asked to complete the sentence “I am Karen Ibasco and,” Karen confidently says, “I’m quite unique because I’m the first scientist here in Miss Earth.”