Aga also has one important requirement before he works on a teleserye. 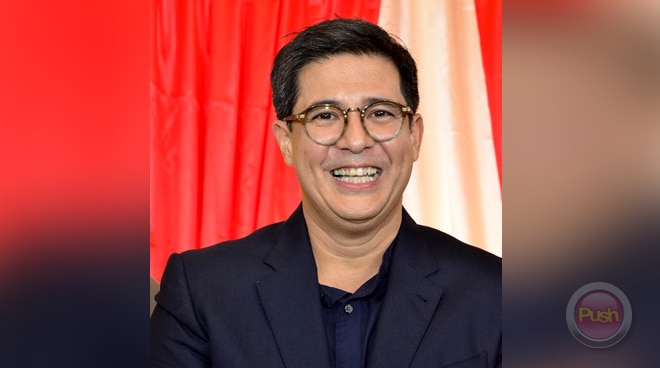 Aga Muhlach has apparently been receiving movie offers for a while now but he opted not to take any by choice.

The actor, during the grand press conference of his upcoming ensemble film Seven Sundays together with Dingdong Dantes, Cristine Reyes, Ronaldo Valdez and Enrique Gil, shared that he opted to accept the project due to one important reason.

“It’s my being overweight,” he began.

Aga was last seen on the big screen in the 2011 film In The Name of Love opposite Angel Locsin.

Turns out though, Seven Sundays had one important element that made Aga choose it—that is the fact that he need not lose weight for his character Allan.

“Sinabi sa kin na ‘You don’t have to lose weight. You’re okay. But if you want to diet along the way then go ahead.’ The character doesn’t ask for that,” he said.

But, in order to make the most out of his working experience, Aga shared that he did start dieting soon as cameras started rolling for their film.

With his comeback film happening soon enough, will Aga be open to return to the small screen as well?

But the seasoned star still has one request for his supposed small screen project.

It may be recalled that Enrique shot his soap Forevermore together with his leading lady Liza Soberano in Baguio.

Seven Sundays is directed by Cathy Garcia-Molina and will be showing in cinemas starting October 11.