Miho Nishida is in no rush to fall in love

Miho Nishida denies that she and Young JV are officially together. 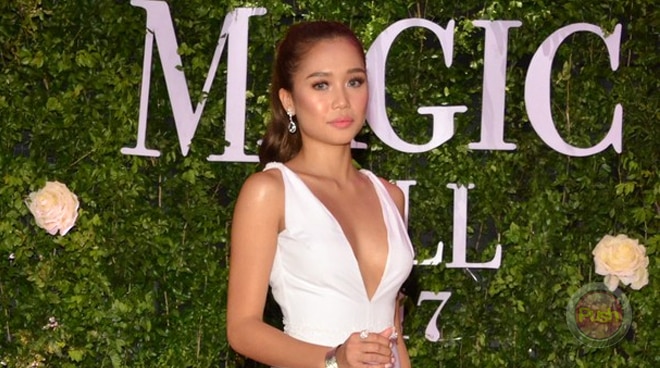 Rumor has it that romance is blooming between Miho Nishida and Young JV who both played vampires on La Luna Sangre. Both have denied this, but the speculations have continued.

Or maybe it’s because they ended up as each other’s date to this year’s Star Magic Ball.

Or maybe it’s because of Miho tweeted a photo of the two of them with the words “love you, love you”.

Miho is not averse to loving again. “If ever naman dumating ang bagong pag-ibig, why not? Ang saya kaya ma-in love!”