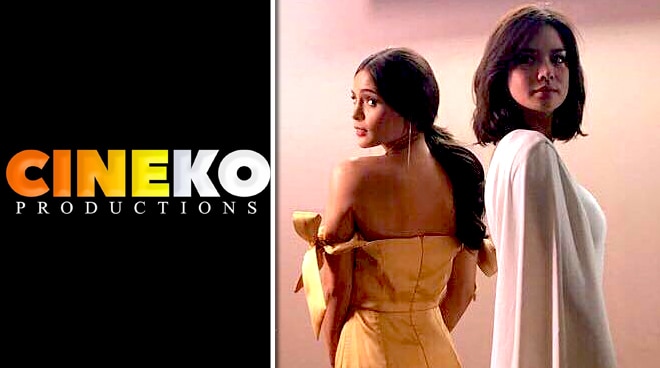 "With the recent incident during the shooting of one of our projects entitled The Significant Other wherein Erich Gonzales accidentally cut her finger by having it tangled in Lovi Poe's earrings, a cut which was not called upon because the said scene needed to be as intense as it is.

"We believe that both artists did just exactly what the scene was asking for to make it closer to reality as possible. However, no one expected the unfortunate event to happen. With this, instead of taking it against any of the artists, let's appreciate their efforts to provide us a film worthy of the time, effort and money of our dear audience.

"As producer we'd like to commend both Lovi  and Erich for their talent and dedication to make this project immensely beautiful. We likewise salute their professionalism and acknowledge their unwavering passion for their crafts!"

The Significant Other is directed by Joel Lamangan.