Alice Dixson will star in her first ABS-CBN teleserye. 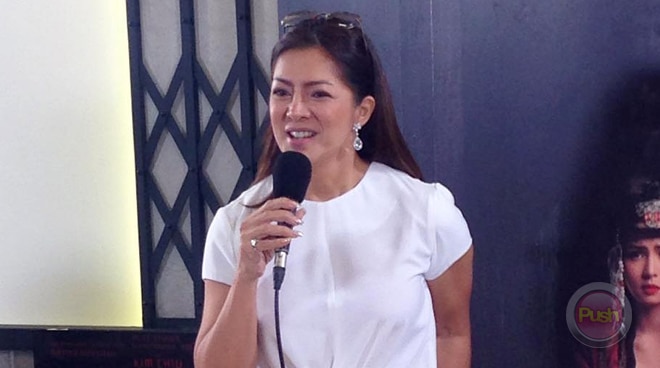 Alice Dixson revealed that she will be starring in upcoming ABS-CBN teleserye for the first time. “In the next nine to ten days i-a-announce na ‘yan,” she shared in an interview at the Ghost Bride digital conference. “Nostalgia” is the working title of the show and will be aired on primetime according to Alice.

The actress remarked that it has been a long time coming. She shared that she guested in several shows in the network but never did she star in a soap opera.  “I’m coming back into the fold and just getting realign again with everybody,” she said when asked what she is looking forward to working on a series in ABS-CBN.

What made her say yes to the offer of the Kapamilya network?

“I think because the network is such a strong one and where it’s so internationally tapped, like people watch ABS overall. I’m sorry to say right because I love GMA, I love TV 5, but really worldwide ang pinapanood talaga is ABS-CBN and I want to keep my star up there kaya sumali ako sa ABS,” she stated.