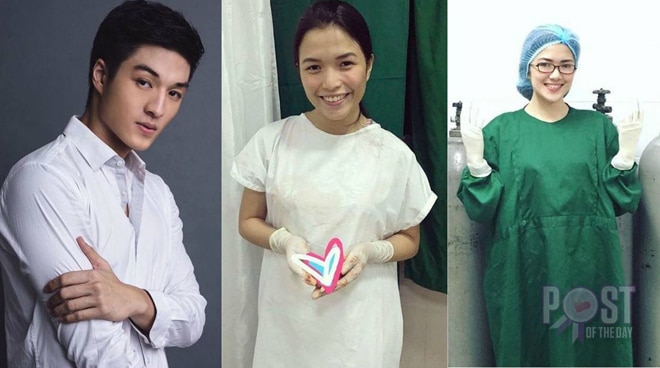 These former Pinoy Big Brother housemates have found their calling not in show business but in the medical field. They chose to pursue a path to become medical professionals in the future.

After joining PBB, Alec finished his studies and became a Registered Pharmacist. Later on, he pursued further studies. He is currently a UST Medical student.

Alec joined Pinoy Big Brother Teen Edition 4. He was evicted on day 83. Myrtle Sarrosa emerged as the winner in that edition.

Thomasian MD in the making 📷: @evezevangelista

Before joining Pinoy Big Brother Lucky season 7, Aura was already a medical student. After her stint in the PBB house, Aura returned to finish her medical studies to become a doctor.

Aura was evicted on day 199 from the edition. Maymay Entrata was declared as the winner in this edition.

Attempting to study the clinical practice guidelines on caesarian section before scrubbing in but then look at this buchukuykuy.. #distracted

Day 45 of being back to work in the hospital. No regrets leaving, no regrets coming back. Moving on! On to my next big adventure? Ano na naman yan huy!!!! 💪💪

Former teen housemate Rona was a registered medical technologist before she pursued medicine. She is currently a medical student at the University of Sto. Tomas.

She joined Pinoy Big Brother Teen Edition Plus. She was evicted on day 63. Ejay Falcon was declared as the winner in the edition.

If I have to remind myself each day of this dream and partly because I think I'd look good in this uniform. 😷🤖👩🏻‍⚕️ #sterilezone #futuresurgeon