Tony Labrusca says that he wants to make the Philippines his home base. 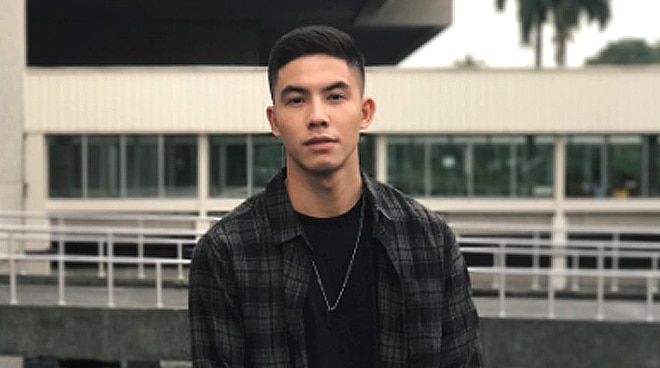 Currently enjoying his first acting project in the top-rated primetime series La Luna Sangre, Tony Labrusca said he loves playing the role of Jake the loyal and courageous werewolf. “In La Luna Sangre, I’m learning so much about how this industry works and I’m playing Jake who is a teenage werewolf. It’s cool because I can learn a lot about myself through the character I’m playing because he’s very much like me in a sense that he’s a nice guy and he wants to remain a nice guy but at the same time there are things in his life that makes him feel like he’s torn. Does he want to do the right thing or be there for his best friend and break the rules? So he’s a very relatable character and he’s very likable that’s why a lot of people like Jake,” he told PUSH.

Growing up abroad, Tony admitted he is not as familiar with Philippine showbiz as his peers but his exposure in the Mcdonald’s commercials have really helped boost his popularity. “It was hard. I got thrown into everything so fast. I’m super blessed because right after the commercial I feel like that’s what gave me my part in La Luna Sangre because they saw the potential there. It’s crazy when you think about it because not many people get a big role like right off the bat and I was known for another show which was a reality show which had nothing to do with acting,” he said.

Upon entering the Kathniel series as a virtual unknown, Tony said he had to deal with bashers who weren’t as welcoming to the love triangle angle as Kathryn Bernardo’s best friend on the show. “At this point in my career I’m so brand new so those kinds of words still affect me. I don’t have that much of a thick skin just yet. That’s something that I’m going to learn through time. When I saw all the bashing online, it was hard for me because I’ve never experienced it on such a grand scale and I didn’t get the concept on why people would hate you for doing your best. That’s something I’m not used to. And just like change that’s something I had to get over you know. I just stopped focusing on the negative because I realized that that’s a percentage that I can’t change but I can focus on all the hundreds of people that do care about Jake and that do like the effort that I’m putting in. People tell me that I have a fan base in Africa. That is awesome, you know what I mean? What I really like to hear is when the OFW moms see my relationship with my mom in the show, those are the comments that really matter to me so I try to just focus on the positive and I don’t read the negative,” he admitted.

When the cameras aren’t rolling, Tony said everyone in the La Luna cast get along really well and are very supportive of him as a newbie. “You know here in the Philippines people really take the characters and their roles and think that that’s still how it is behind camera so maybe people think that it’s like awkward between the love triangle but it’s really not. All of us are really good. We like to have fun. Everybody’s really nice and since I’m brand new like I have so much to learn so everyone’s kind of just like just teaching me how to do things and certain terminologies. I’m really just trying to learn the ropes. People offline might think there’s a certain awkwardness or people don’t like each other but that’s not the case at all,” he shared.

Even though the show is far from over, the former Pinoy Boyband contestant said he is already looking forward to exploring other kinds of projects. “Well I do plan on really making the Philippines my home base but after La Luna Sangre I also want to create my own stuff so I released my single and I want to make more music. After La Luna, it would be cool to come out with my own online content. I also think I really need to travel, I really need to inspire myself and rejuvenate my soul so that when I get another project I’m ready. That’s what I’ve planned so far,” he said.