What’s the real score between Morissette Amon and Marlo Mortel?

Morissette Amon on Marlo Mortel: ‘We help each other out’ 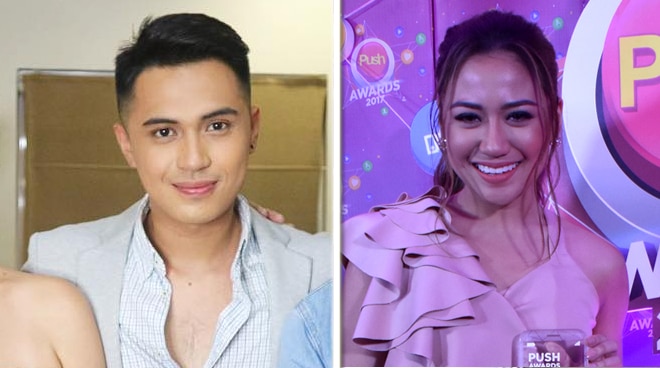 Morissette Amon recently performed at the 2017 Asia Song Festival in Korea. Her performance went viral online and lauded by many Pinoy fans. Asked about the positive reaction that she received, the singer remarked that she is elated that a lot of people showed their appreciation.

The singer confessed that she was initially anxious about performing. “It was nerve-wracking. I was super, super nervous before salang pero nai-deliver naman ata kasi enjoy naman sila. One thing I appreciate is also they are very appreciative sa ibang cultures, sa ibang performers kahit hindi Koreans,” she admitted.

Is she venturing more into the international music scene after her stint at the song festival? “I think what I can share is doors have opened. Korea has been very nice so I think that’s all I can share for now. We’ll leave everything ‘pag pwede na i-share,” she replied.

The singer was also asked about the real score between her and Marlo Mortel. “Friends lang po kami. We help each other out, naging close lang kami kasi,” she said.

She also stressed that Marlo is not courting her. “He’s not, I can honestly say that kasi clear naman sa amin na friends lang talaga kami ngayon lalo na with what’s happening in both of our lives. Ngayon ako with everything, with my career, my family, pati siya with his mom,” she stated.