Star Magic Ball is said to be a time for reunions, big or small. Even ex-lovers get to see each other again.

PUSH lists down former lovers whose paths have crossed at this year’s biggest celebrity gathering. . Erich Gonzales confirmed that she broke-up with Daniel Matsunaga February this year. Daniel arrived at the ball with her sister Vanessa while Erich attended the ball solo.

Daniel and Heart crossed paths at the ball too. It seems that all is well between them as they were spotted greeting each other. Heart came to the ball with husband Sen. Chiz Escudero. Zanjoe was dateless during the ball while Bea Alonzo came to ball with rumored boyfriend Gerald Anderson. Gretchen Ho didn’t have a date during the night and was busy hosting a TV special. Robi also came to the ball solo. Angelica Panganiban walked on the red carpet without a date. Meanwhile, John Lloyd avoided the red carpet and went straight to the Star Magic Ball party alone. Ellen Adarna, who is rumored to be dating the actor, was not present at the ball. 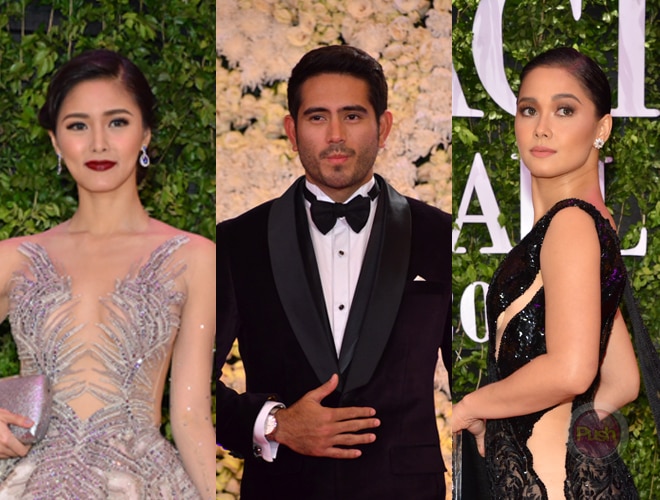 Gerald attended the Star Magic ball with rumored girlfriend Bea Alonzo for the second year in a row, while Maja went with close friend Enchong Dee.

Meanwhile, Kim Chiu came to the ball with Xian Lim.