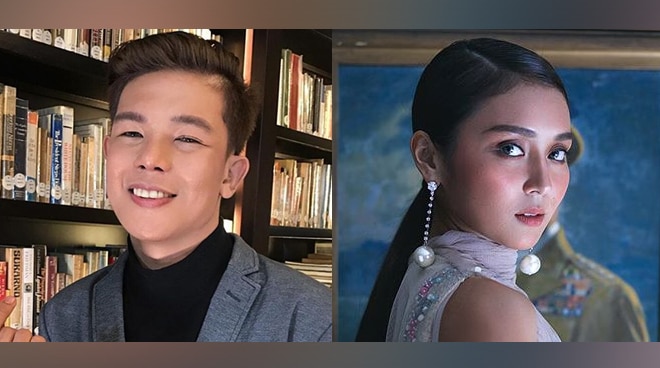 Star Image Artist, the agency who is handling Xander Ford, released a statement regarding a viral video where allegedly the online sensation was saying negative remarks about actress Kathryn Bernardo. The management team categorically denied the involvement of Xander in the said video.

“Earlier today, another issue came out and it's a video with a voice talking and describing Kathryn Bernardo negatively. It's definitely not Xander Ford nor Marlou Arizala behind that voice. In the first place, how can he say such derogatory words against Kathryn when in fact during his interviews, he's very keen and proud to say that one of his favorite female actresses is Kathryn Bernardo and his favorite actor is Daniel Padilla (where "Ford" on his new name came from). He even expressed his interest and wish to join La Luna Sangre during his interview in "Magandang Buhay" to be able to meet and work with his favorite celebrity couple "KathNiel",” Star Image Artist posted on Friday, October 14.

The management stressed that Xander has a clear conscience and what transpired was another black propaganda to pull him down.

“Voice can be deceiving without seeing the face of the one speaking. There are people who can imitate voices. Even the voices of famous celebrities can be imitated by talented people especially singers. It could be someone with a similar pitch of Marlou/Xander. Xander has a clean conscience. He's not the one saying negative remarks to Kathryn. Another black propaganda to put him down despite of his intention to work harmoniously with people and to earn for his family. Stop the hate. XF loves Kathniel,” Star Image Artist wrote. See full post below: