Onyok Pineda turns 7, happy to be part of ‘Ang Panday’

Onyok Pineda says he is excited to be part of Coco Martin’s MMFF project. 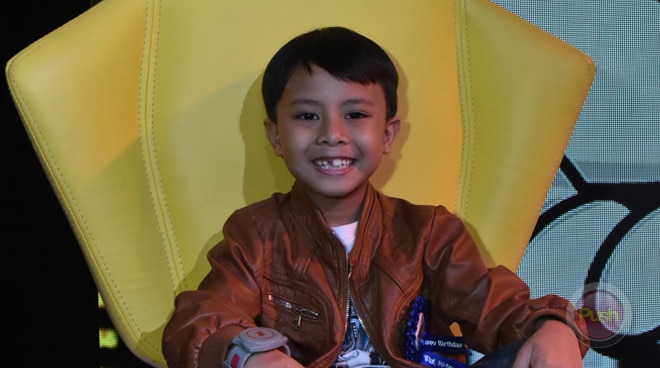 After turning seven last October 1, child actor Xymon “Onyok” Pineda was happy to celebrate his big day with an afternoon of fun with friends and family at the Kidzania indoor play city in Taguig. The former Ang Probinsyano actor had fun going to different booths learning how to be an engineer, a pilot, and even a supreme court justice.

According to Onyok’s mom Mary Ann, the talented child actor was able to receive his birthday wish which was a Minecraft bow and arrow play set. After working on Ang Probinsyano with Coco Martin, Onyok admitted it has inspired him to pursue a career in law enforcement. “Gusto ko maging pulis. Pero ayaw ni mama kasi daw barilan (laughs),” he said.

Onyok is also part of the Metro Manila Film Festival entry Ang Panday which will be directed by Coco Martin. The talented child actor has already started shooting with Coco and shared that he will be playing a dwarf in the popular Pinoy movie remake.